That was Mark Twain saying that, not me, well I have probably muttered it a few times under my breath, but what adult learner of German hasn’t? at least once?

Since I was only going to be in Germany for a year, I leapt into learning with joyful abandon, a year off work and the prospect of having no mates will do that to a girl. A1 was a wonderful time, my vocabulary skyrocketed and I really felt like I was getting the hang of it, how hard could it be right? In A2 and B1 the rate of learning slows down, it’s like now they have you hooked and you’ll go back again and again no matter how much it hurts. The more I learned the more I knew what I was doing wrong, and that had a huge effect on my confidence, so much so that I didn’t sign up for more lessons. At this point we had decided to stay in Germany for longer and although I could ‘get by’ in German my daily interactions were mostly in English with other English speakers, all that learning wasn’t getting used, and if you don’t use it, you lose it.

This post was were I was a couple of years ago and contains a lot of information about learning German and picking a provider, and the resources that are out there for little or no cost.

My German learning history goes something like this. I started like a lot of people at my local VHS (Volkhochschule, a community learning centre, most towns and cities will have one), and I’d hands down recommend these places to anyone, obviously the standard of teaching/teachers etc can vary, but at least where I studied the teaching and class sizes were great and they offered taster courses and weekend sessions (schnupperkurs/Schnupper-wochenende) so you could try before you buy. That being said the VHS generally have some of the most affordable courses, private institutions tend to cost significantly more, definitely shop around and don’t just go for the first option.

I still wanted to learn. I just needed to find a different way to do it. Non traditional face to face learning really helped me to develop conversationally, I sometimes think you learn by some kind of osmosis this way. 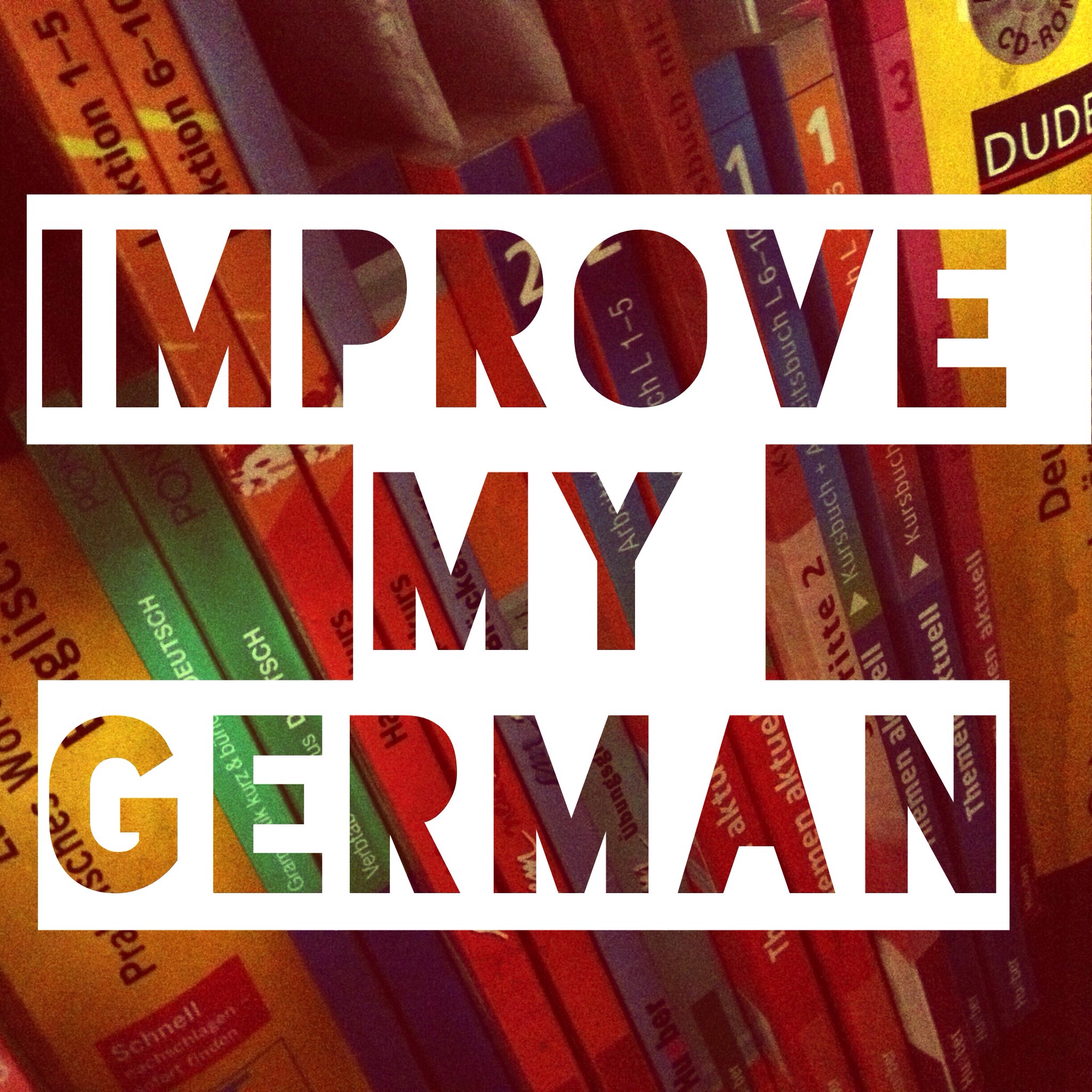 Having studied previously at my local VHS it was the place i looked at first for possible options. As it happened there was a weekend strings (musical ones not twine or anything) course available, so i signed up. I admit I got my husband to call the course leader to explain that my German wasn’t stellar (speaking German on the phone is a whole new kind of hell that deserves it’s own post) and it worked out fine since the woman running the course was actually American. I did do it in German, in case you’re wondering, and I think the germans in the class struggled more than i did. Luckily music is pretty much the same in any language and I learned some really useful vocabulary that day.

Since then I’ve done classes in ceramics, sewing and various musical ensembles, with varying levels of success. They have all been great for picking up relevant vocabulary, but I have to be very strict about speaking German  and making it known that I’ll only speak German, because otherwise everyone wants to practice their English on you and it kind of defeats the object. Outside class I would generally speak a 50/50 mix of English and German with my classmates, which worked out great.

A Stammtisch (regular table) can meet for any reason, see if there is one for learners of the German language out there in your area, or start one up! it’s so useful to meet people in the same position as you and  practice on each other without judgement.

A verein is an official club (i’m sure all newcomers to Germany are familiar with the German love for administrative paperwork) and can be set up for any type of group that has a main purpose. If you’re sporty, why not join a sports club? Crafty? why not join a knitting club? Dramatic? join a theatre! the options are endless

You only need a basic amount of German to volunteer for most organisations, even if you are just sorting clothes for a jumble sale helps you learn clothing vocabulary and selling them will help with your number skills. Like animals? why not contact a local shelter and see if they need some help? Charitable organisations are generally accepting of volunteers with even a basic level of German.

This is basically a language exchange, you speak English (or whatever you are fluent in) and your partner German. You work out between you how it will work, maybe half an hour English then a half hour in German, pick a specific topic or stay general, it’s completely up to you. TandemPartners has plenty of adverts, you can even register and post your own, sometimes you click as friends, sometimes you just tandem and sometimes once is enough (with that particular person). I won’t lecture you about stranger danger you’re big enough to look after yourself *cough*public place*cough*

Do you have any other interesting alternative face to face learning options?

Look out for a post soon with FREE online learning options!

6 thoughts on “The awful German language”