An S-bahn is a Stadtschnellbahn (city fast railway literally), these (in addition to other train, tram and bus services) serve not only the city centre but also connect the suburbs and nearby towns and are efficient and cheap ways to travel a region and commute to work. Driving into Stuttgart Mitte is not something that I enjoy doing, the S-bahn has been my lifeline and connection into the city and apart from a couple of strikes, has generally been very reliable and easy to use.

No I haven’t turned into a train enthusiast, I promise I have a point.

So I live a short S-bahn journey outside the city of Stuttgart, I use the S4 line mainly and as I was travelling into the city for a German lesson one day I realised that I’d been to precisely 2 of the stops on my route, and I live at one of those stops! Once the weather picked up I decided to get out there are check out some new stops, and I’m going to take you with me, expect some hits and probably a few misses along the way.

When I stepped off the S-bahn I realised that I didn’t know how far the actual town centre was from the station, so I did what any normal person does and followed everyone else, thankfully I spotted a tower in the distance and decided to head for that. 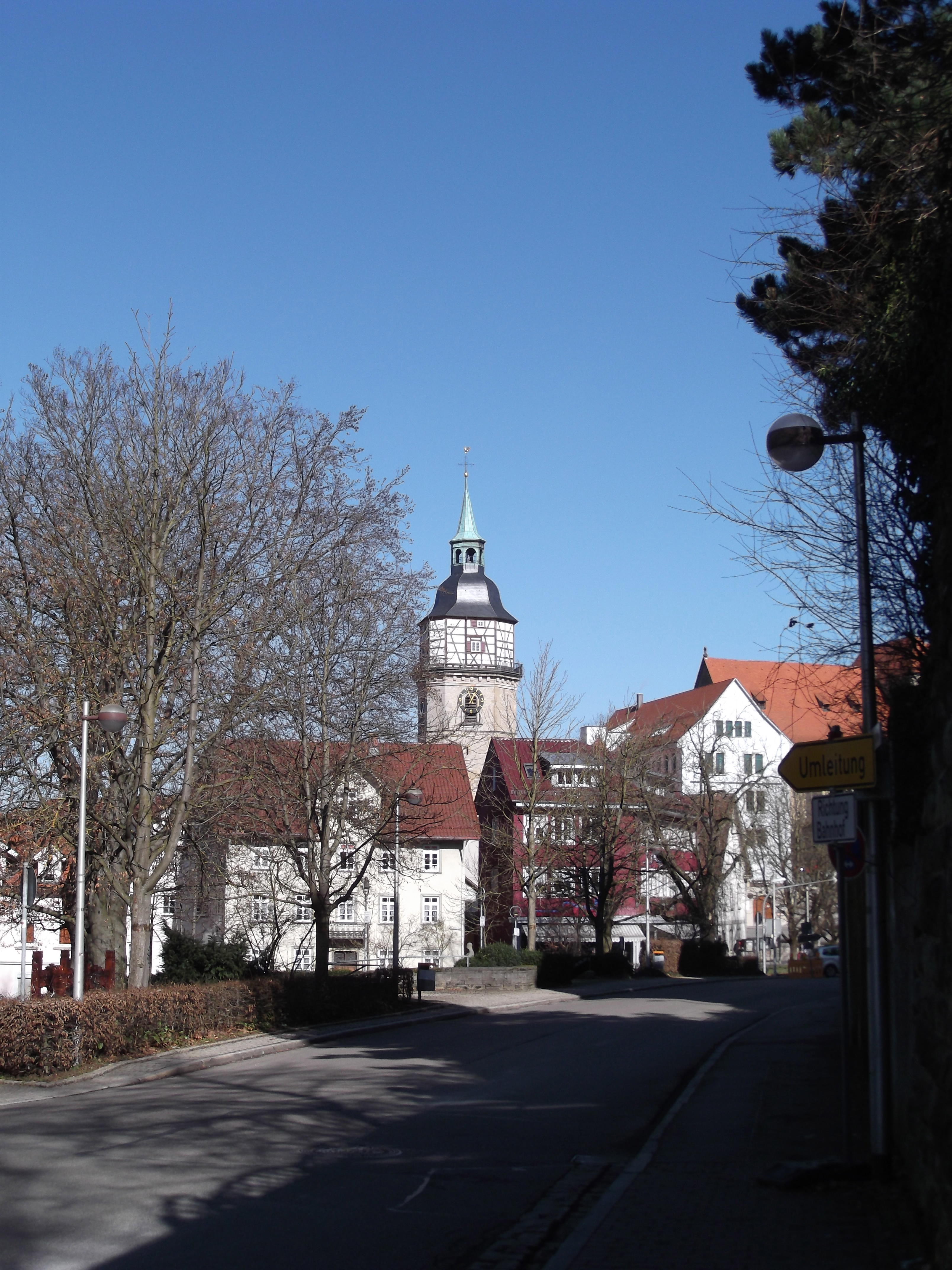 I passed by a small sunny park with a monument to Schiller, the famous German writer. 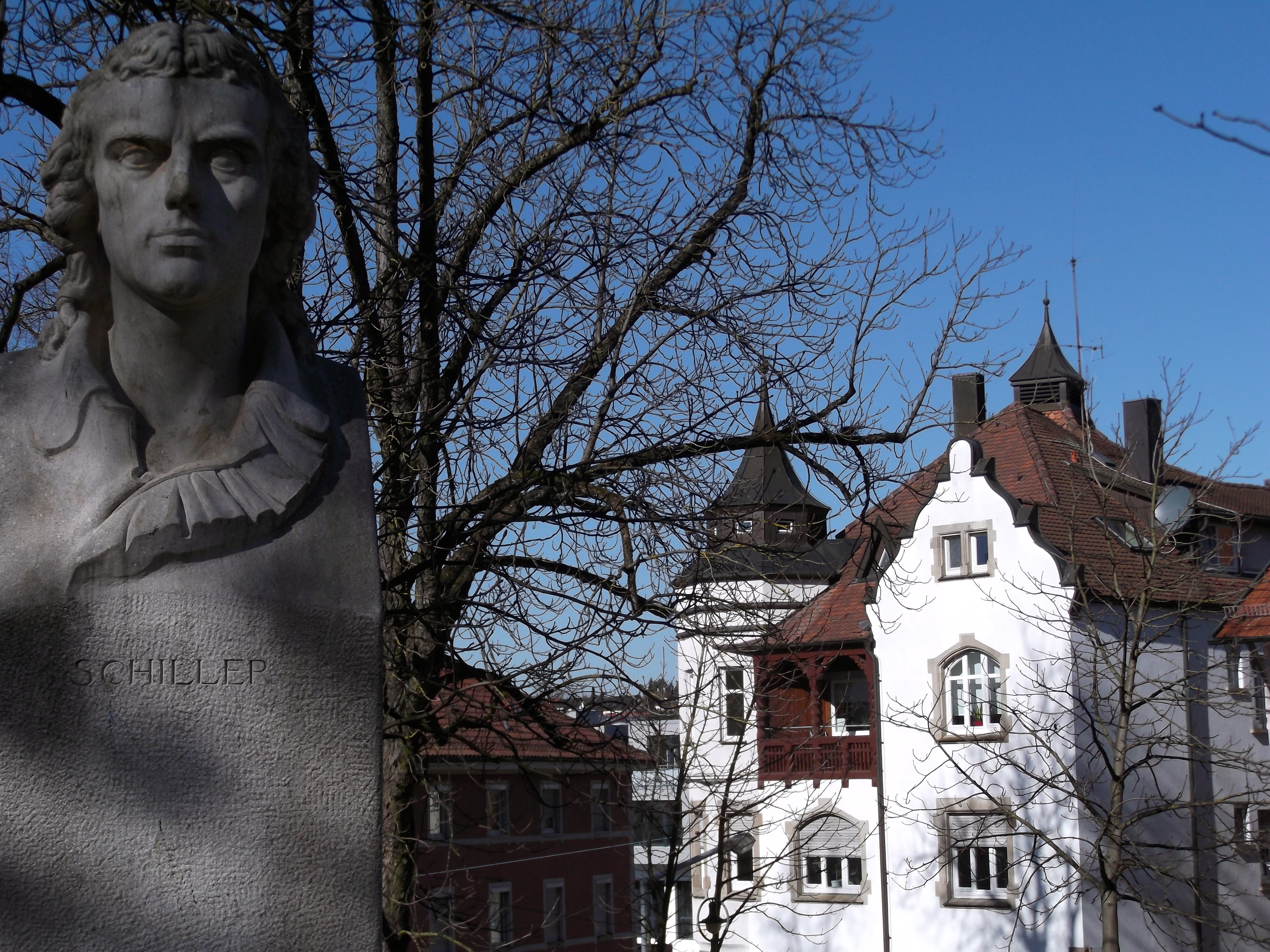 Definitely nearing the centre of town, Irish Pub, the tiniest one I’ve ever seen. This was about a 10 minute downhill walk from the station, the Altstadt has lots of paths and alleys in-between the buildings, you’ll know when you get to the centre. 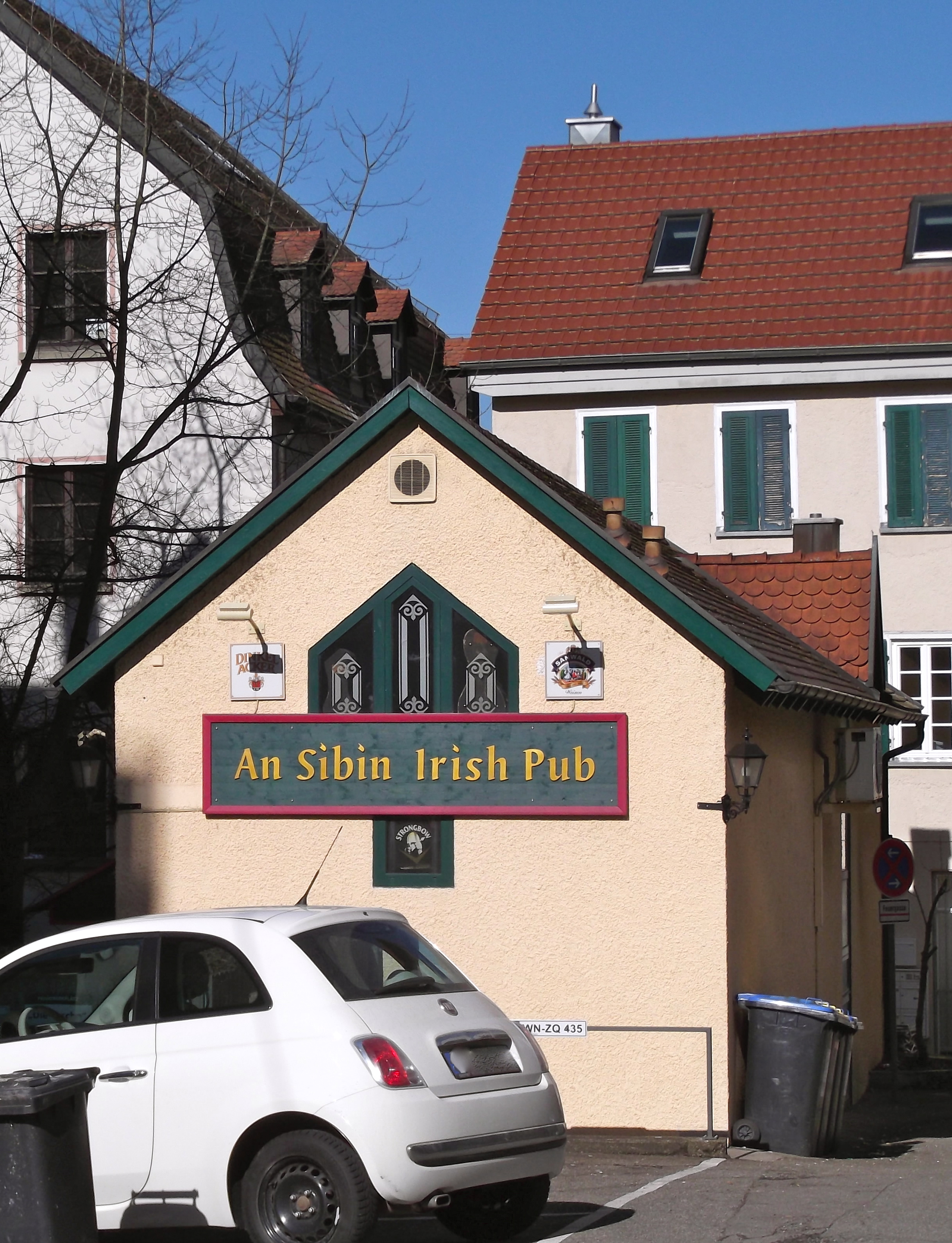 The Altstadt is a classic German half timbered buildings, most are shops and resturants. 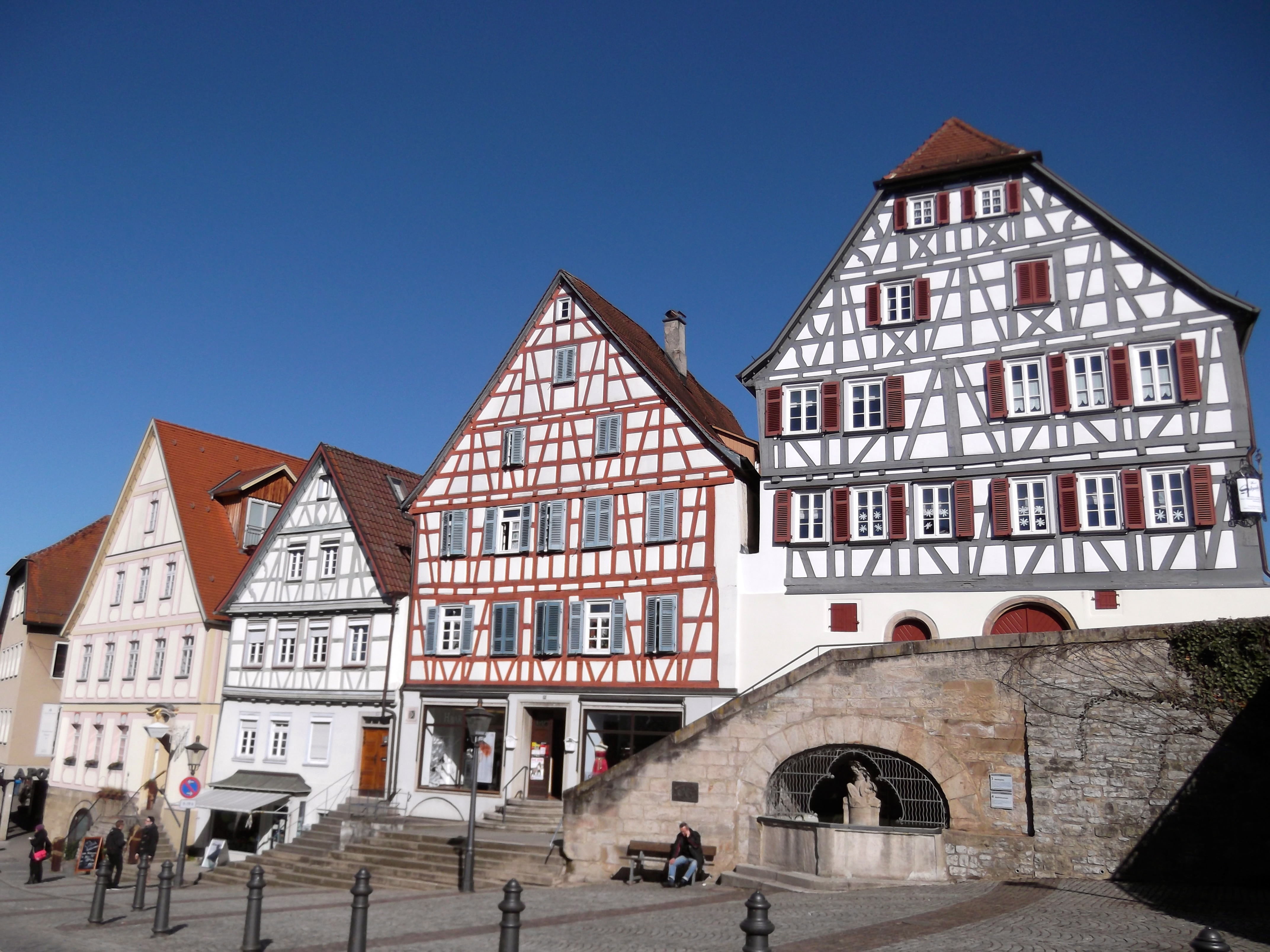 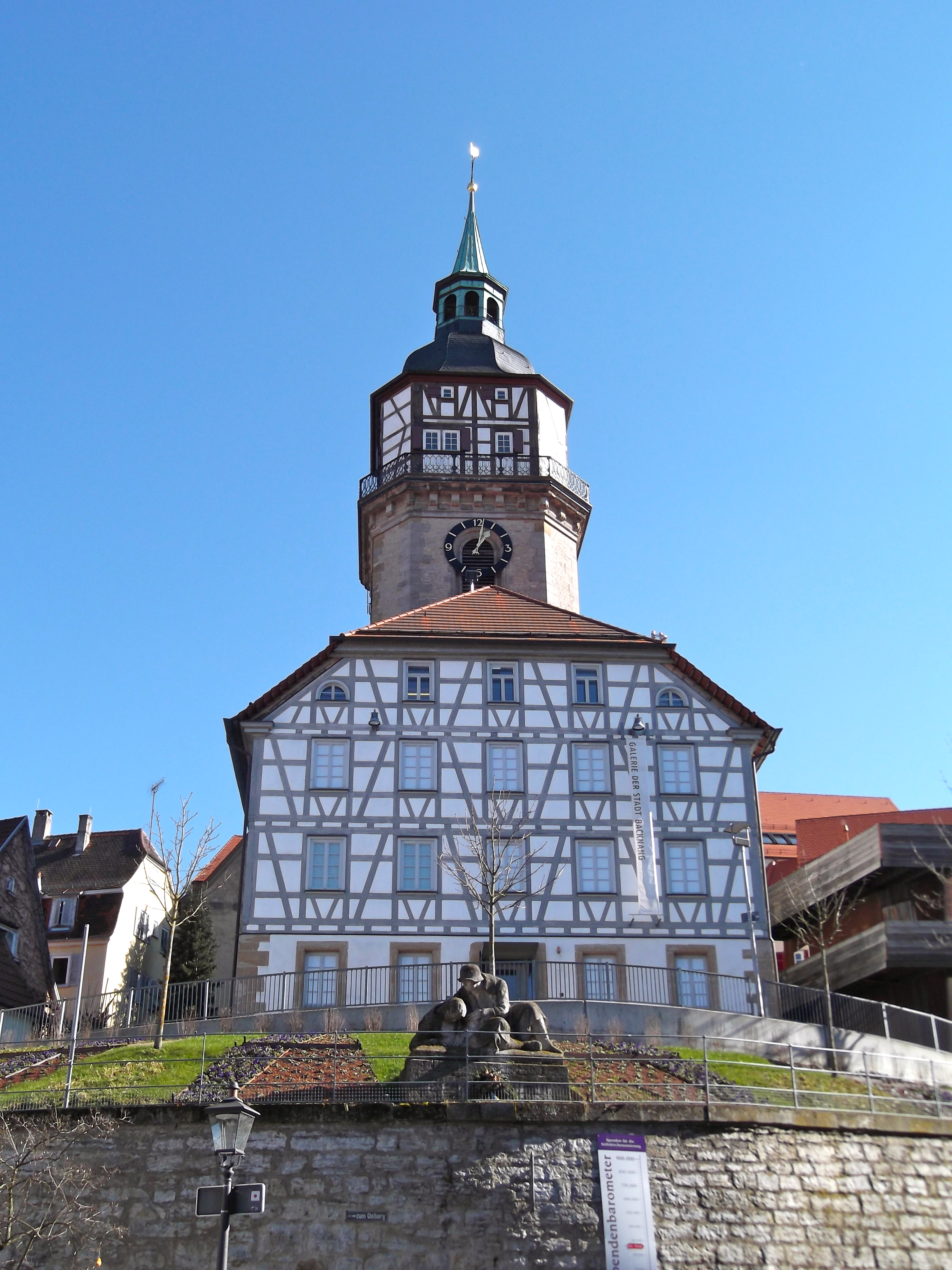 The Rathaus flies the flag showing the Backnang crest. 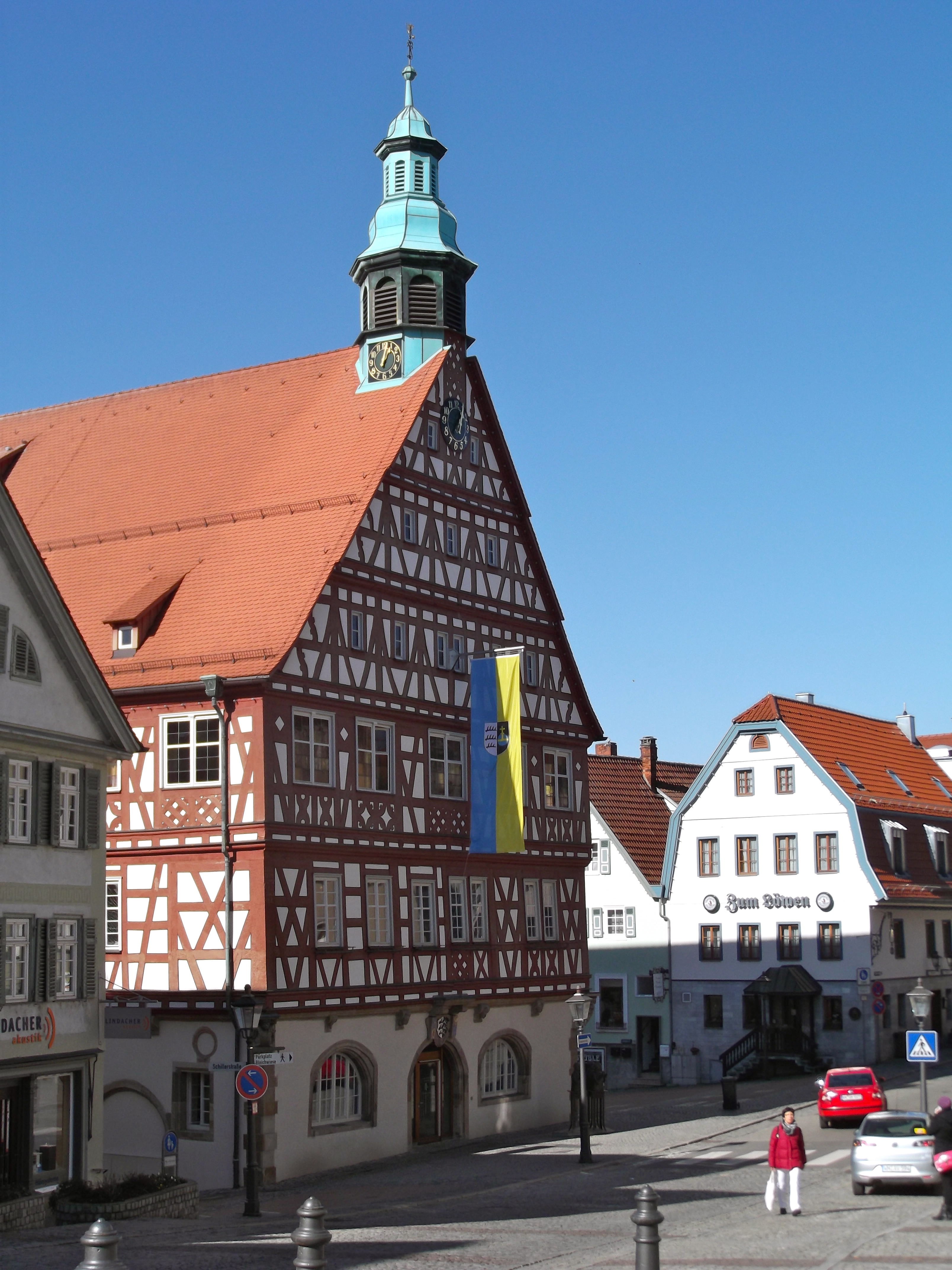 And these severe looking guys stand outside the Rathaus, the sculpture is entitled “the clap”. 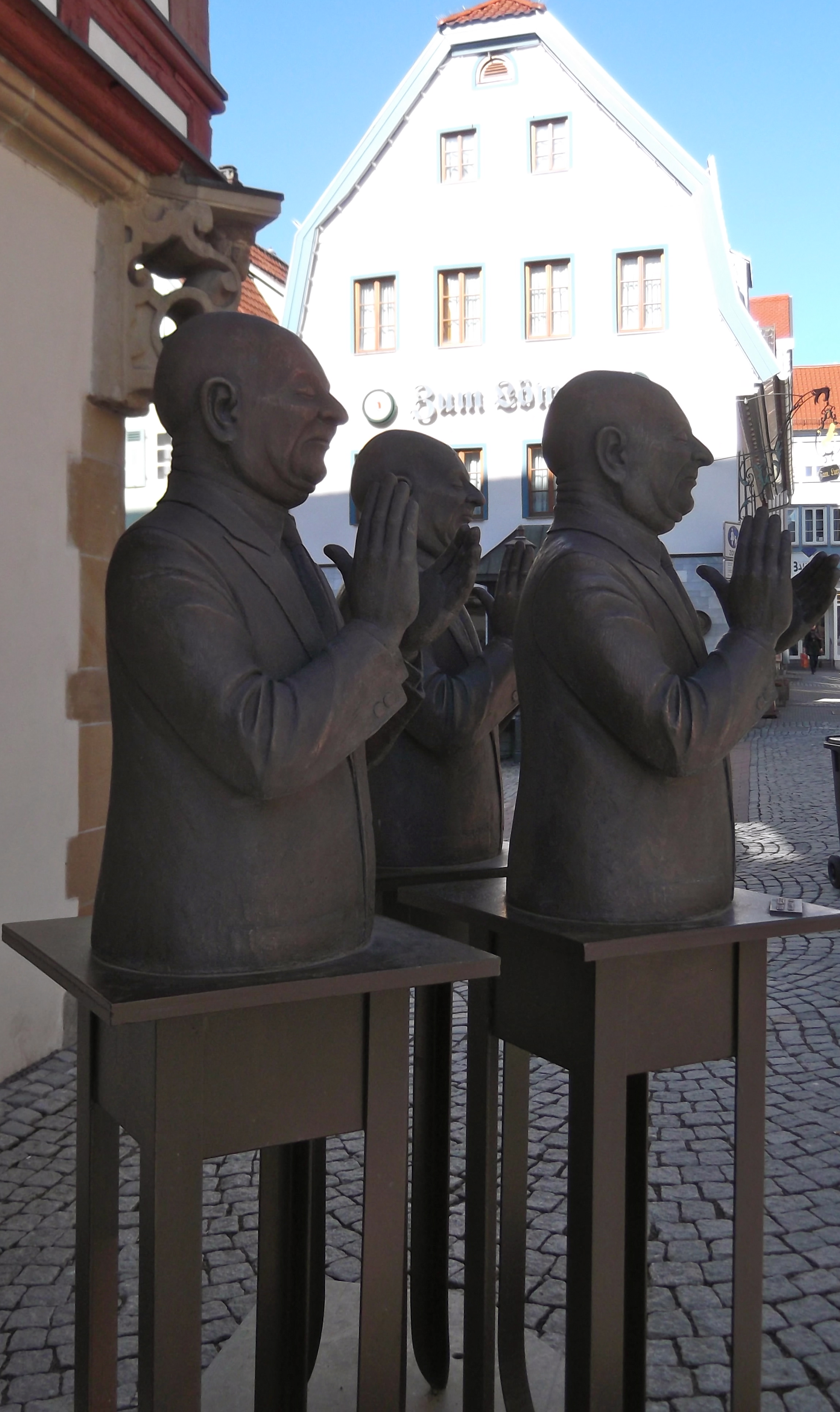 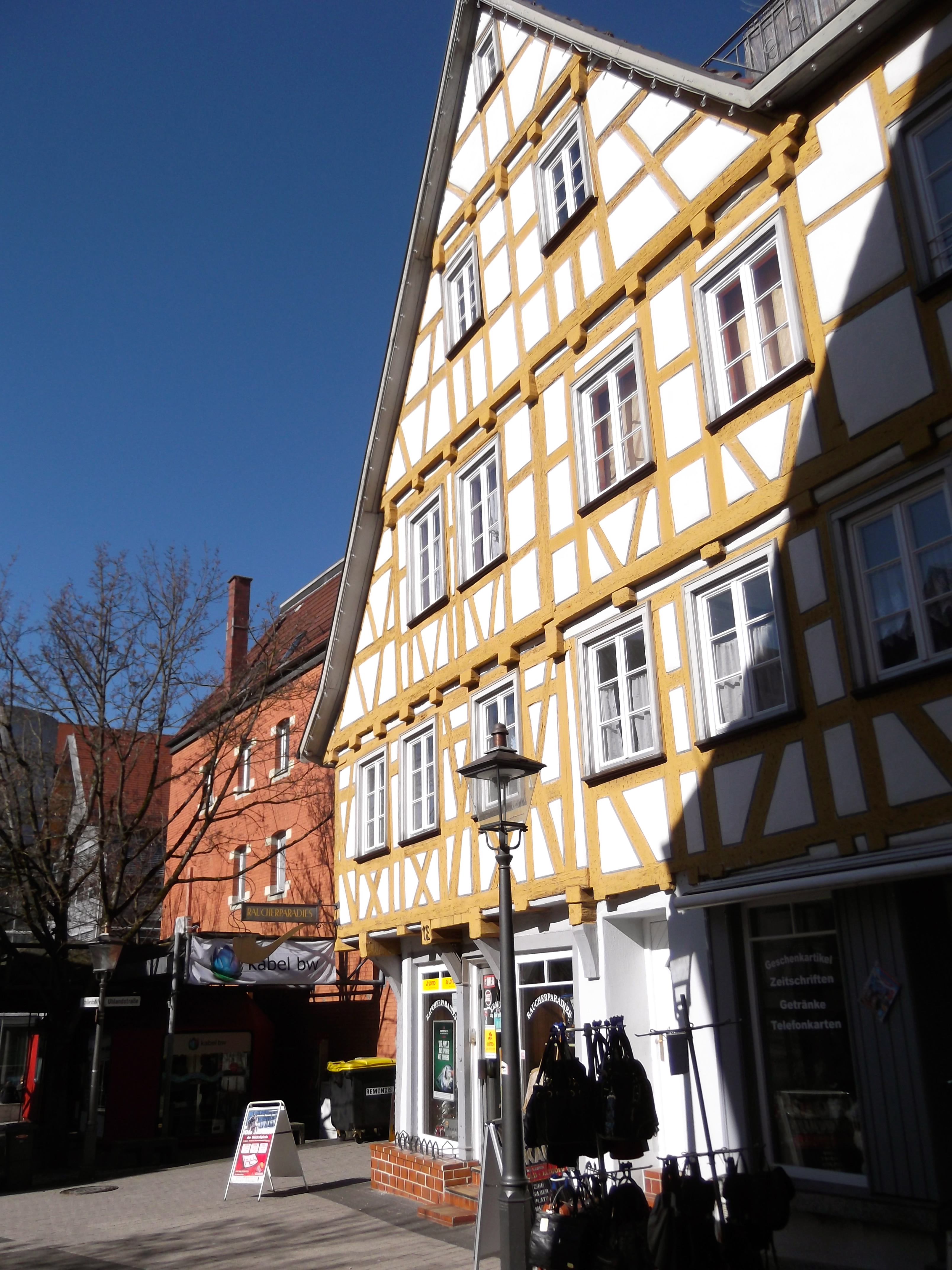 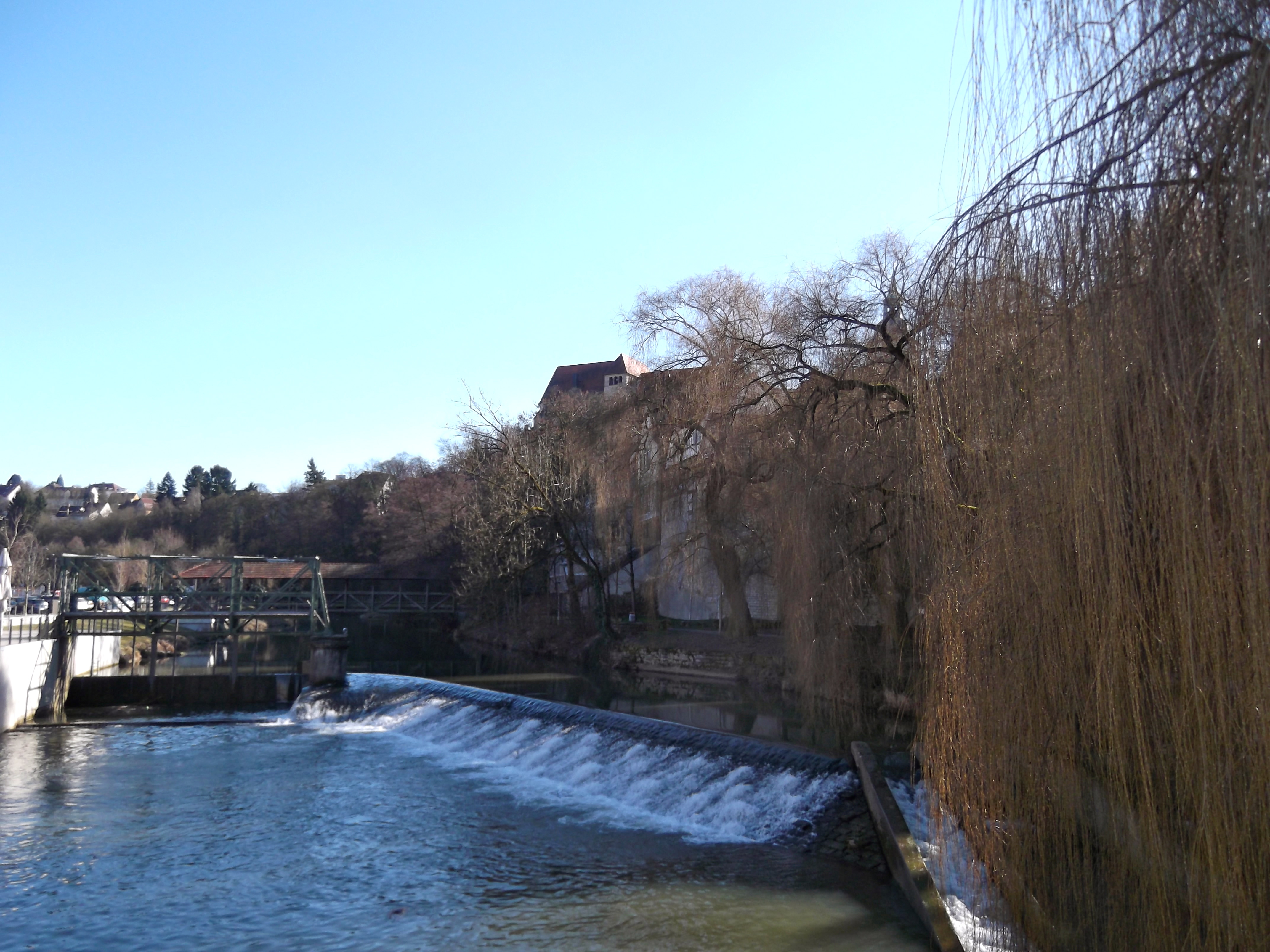 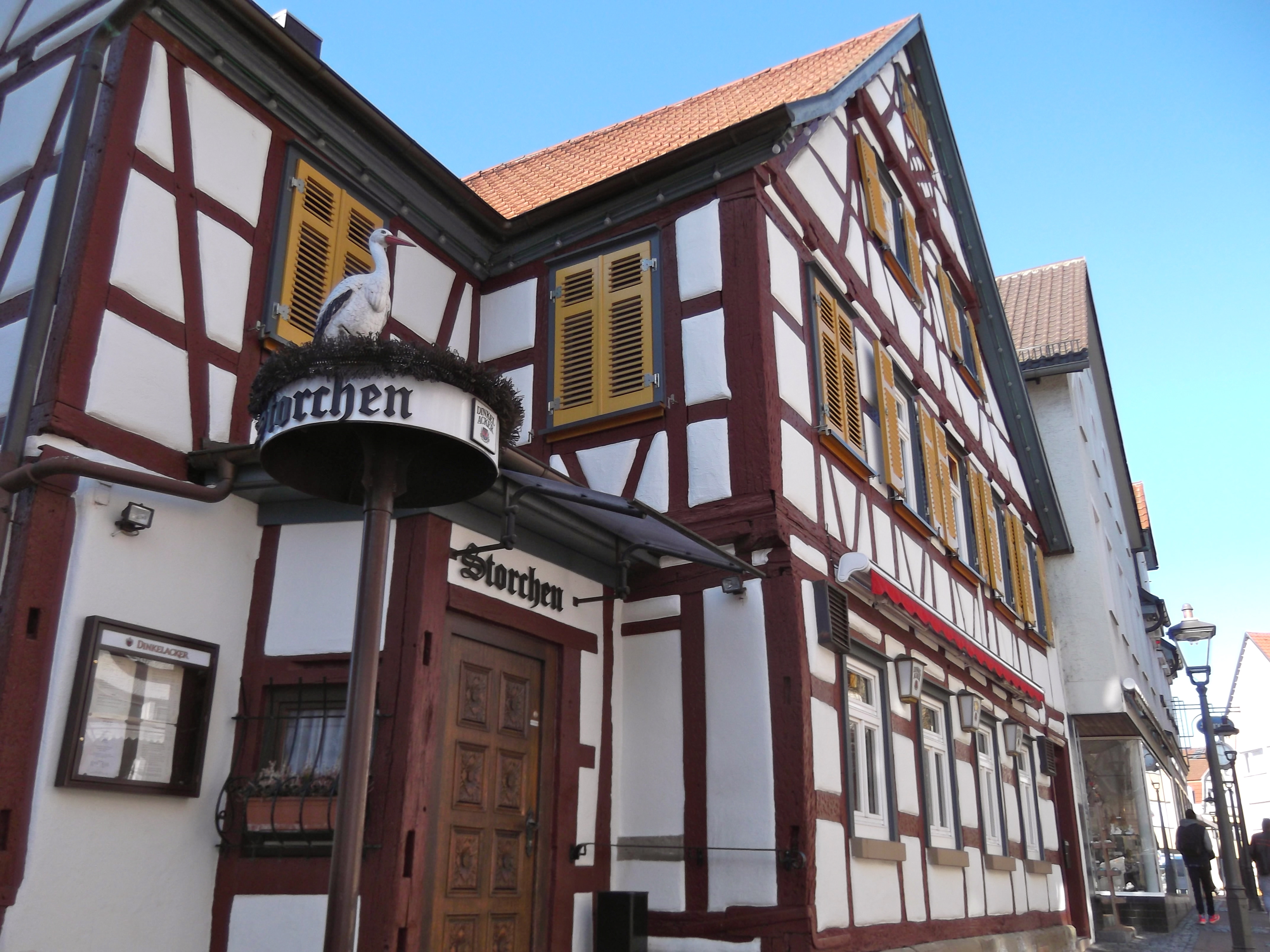 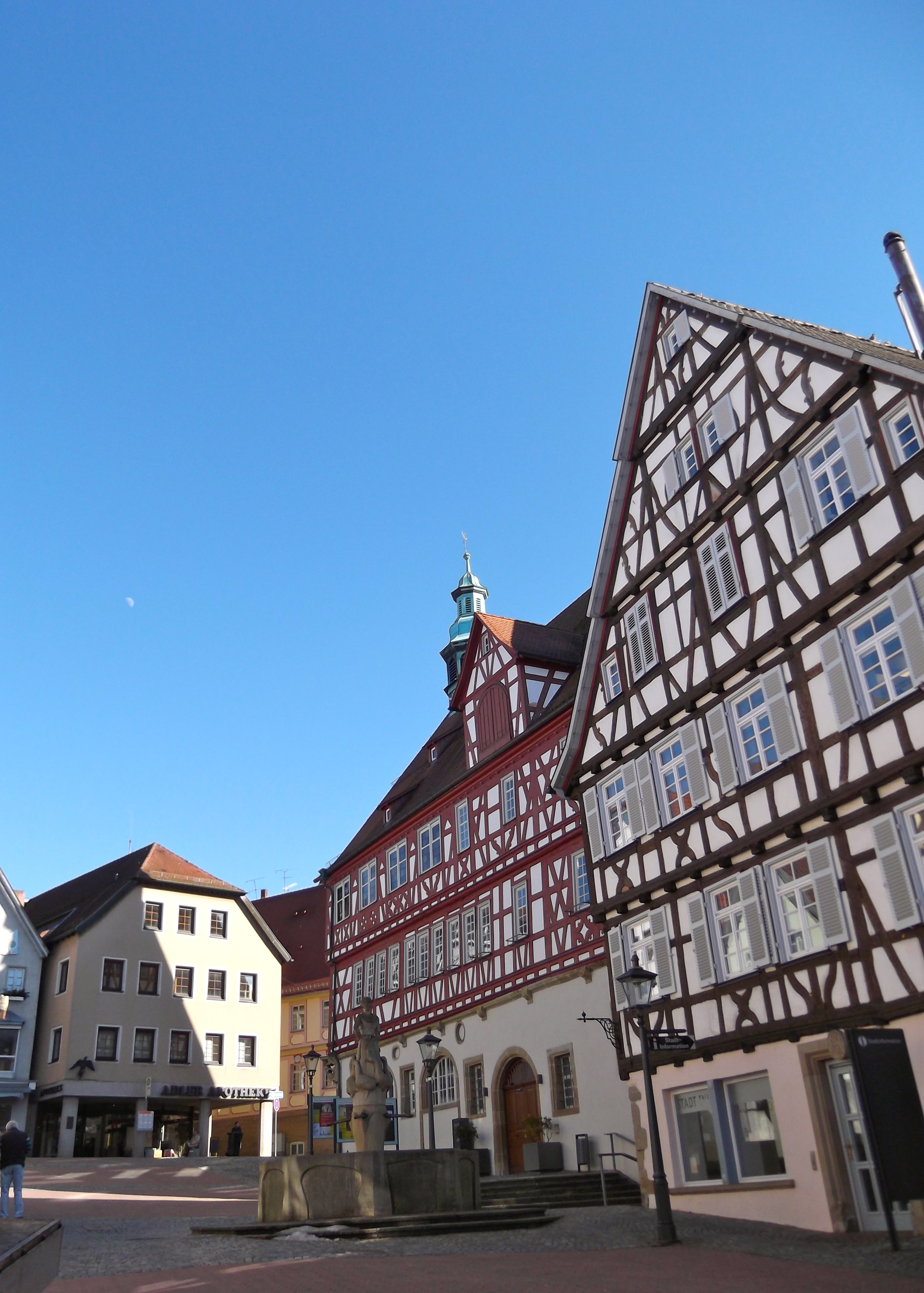 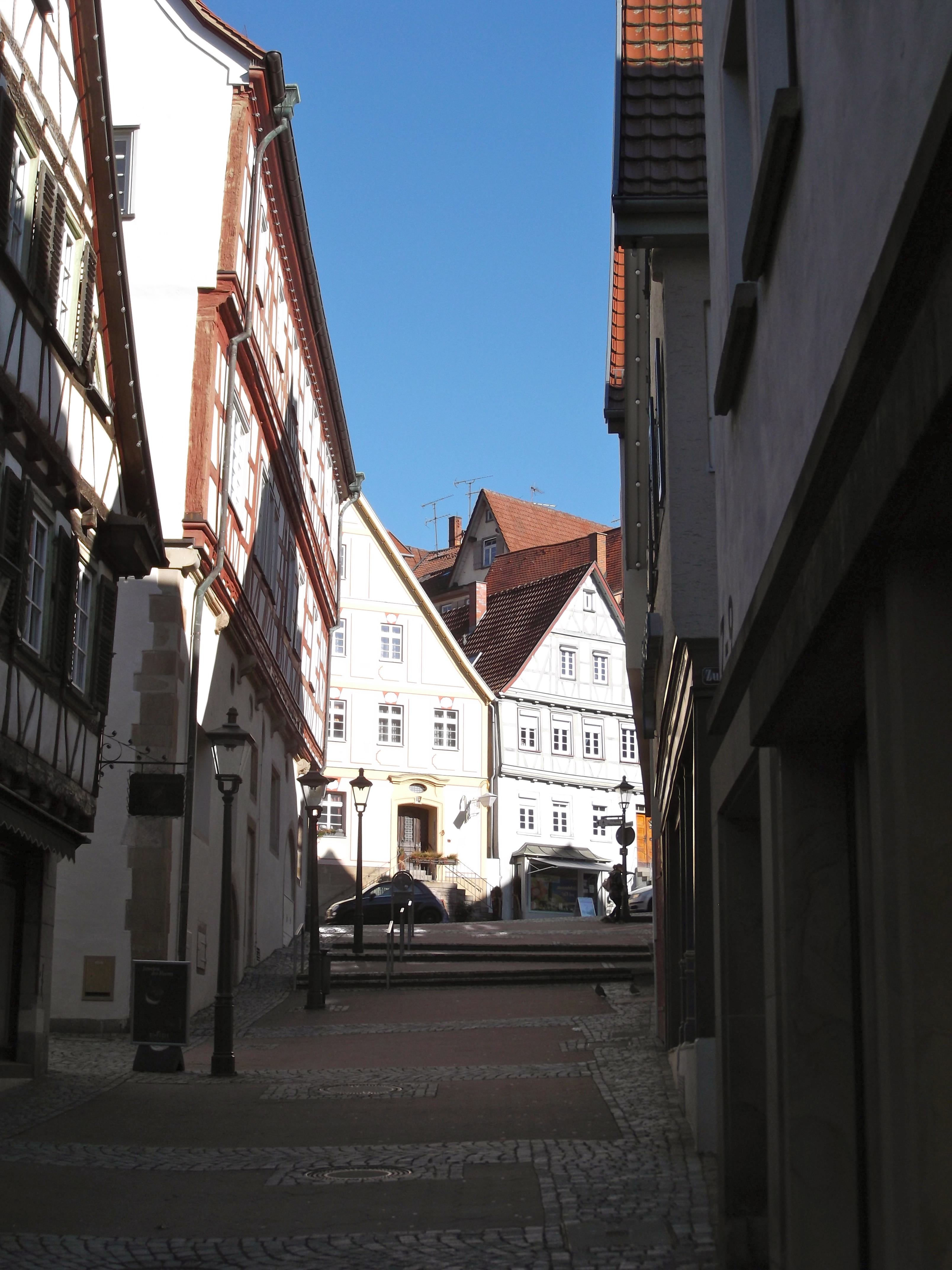 I love these four faces on the side of the Rathaus, so expressive and interesting. 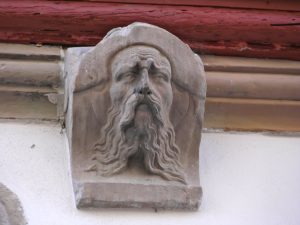 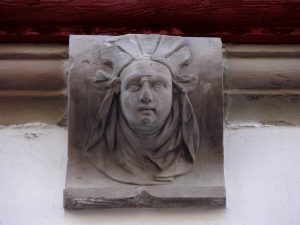 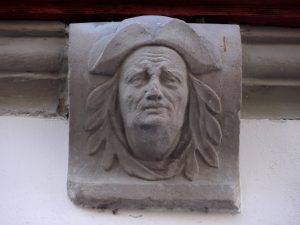 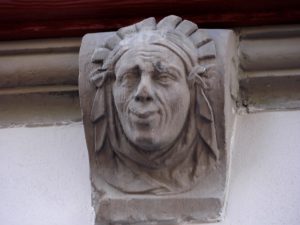 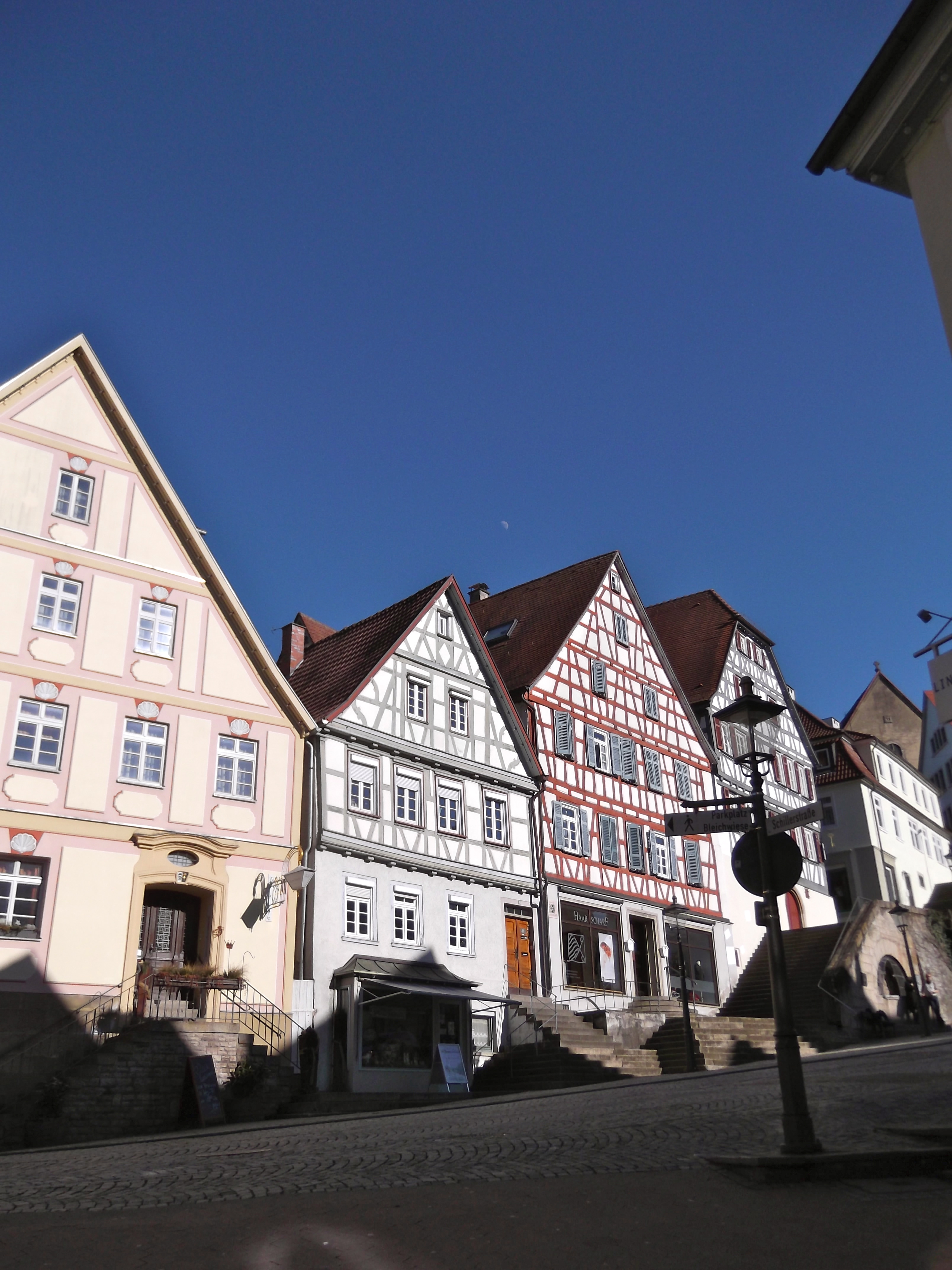 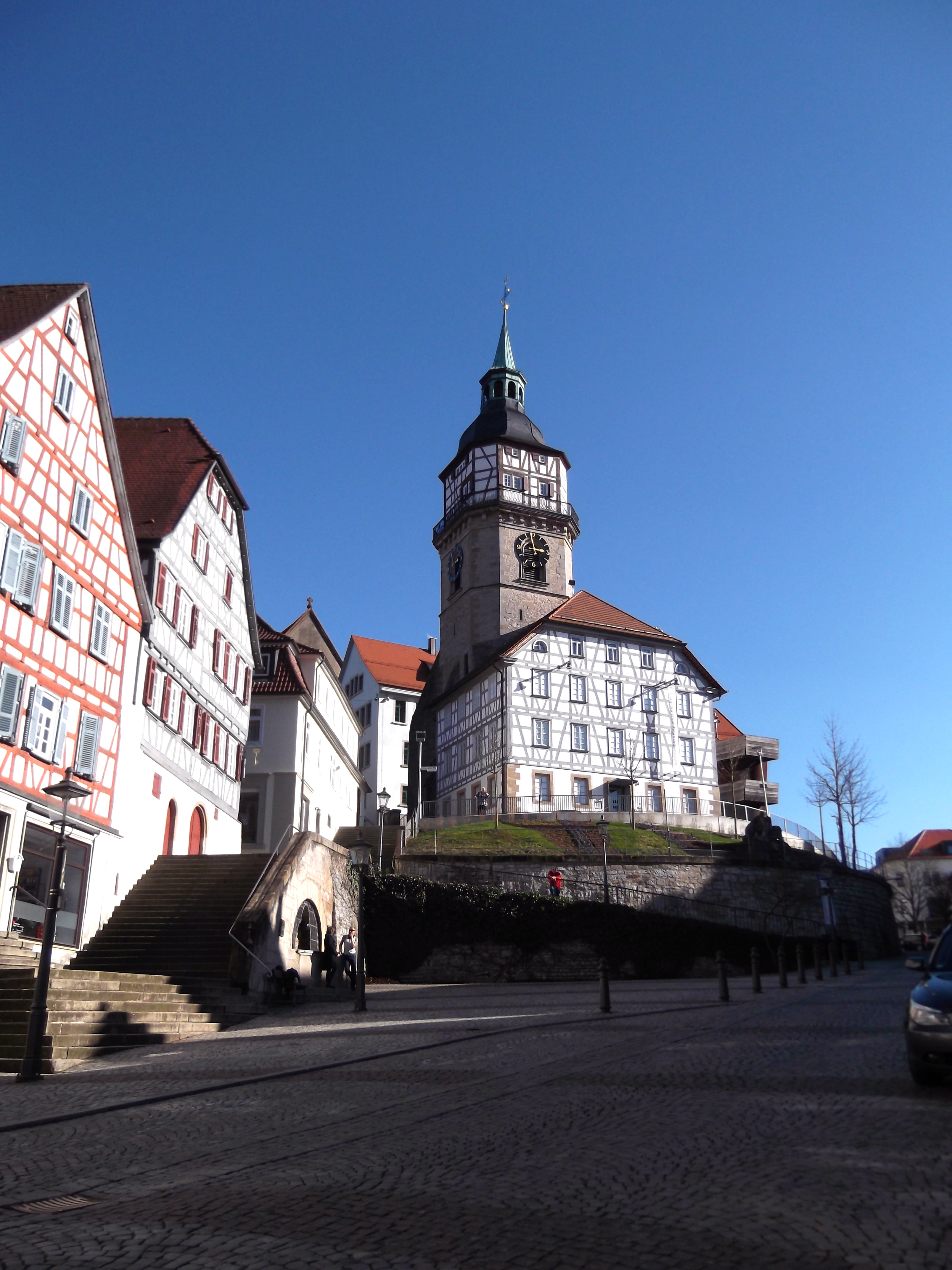 I did circle back once i was finished in town so I could capture the same buildings in different light and from different angles, it’s so hard not to put all the photos on, I’ve had to be very strict with myself.

There are quite a few shops in Backnang, all the usual subjects H&M, Butlers, DM etc but there are also quite a few independents, every bookshop had a decent selection of English books, which always makes me smile. The shopping streets are mostly very newly built and not really as photogenically interesting as the Altstadt (to me anyway). There are also plenty of cafes and restaurants so it’s definitely on my list to take visitors to for an afternoon stroll and maybe a spot of dinner.

Some facts
-Backnang is located about 30km outside Stuttgart.
– It has a population of around 35000.
– The Stiftskirche (abbey church) dates back to the 12th century.
– It is twinned with Chelmsford, GB and Annonay, France.

Highlights
– The annual Strassenfest (street festival) which happens on the last weekend in June. The opening features canon shots from the city tower, which sounds fun.
– The annual Murr-Regatta which happens a few weeks after Strassenfest. Self made boats and interesting prizes to be won from the most environmentally friendly to the most drunken crew.
– The Christmas Market, as with most in Germany, is meant to be good, can’t wait to visit.