Since it’s the ‘Tages des Bieres’ today it would be rude not to have a beer and a good time to start a new series.

When I moved to Germany I didn’t like beer, apart from the occasional IPA or MrC’s home brew I was very much a wine drinker or a diet coke drinker when I was driving. Germany, or more specifically Franconia, had other ideas. My introduction to German beer was a complete eye opener and I’m completely in love with it now.

However since beer is very regional in Germany since moving to Stuttgart I’ve had to start again finding beers to replace my previous favourites. On Thursday’s I’ll be trying out new drinks (not just beers, it would be rude to ignore the wonderful wine country I live in) to find some new favourites. 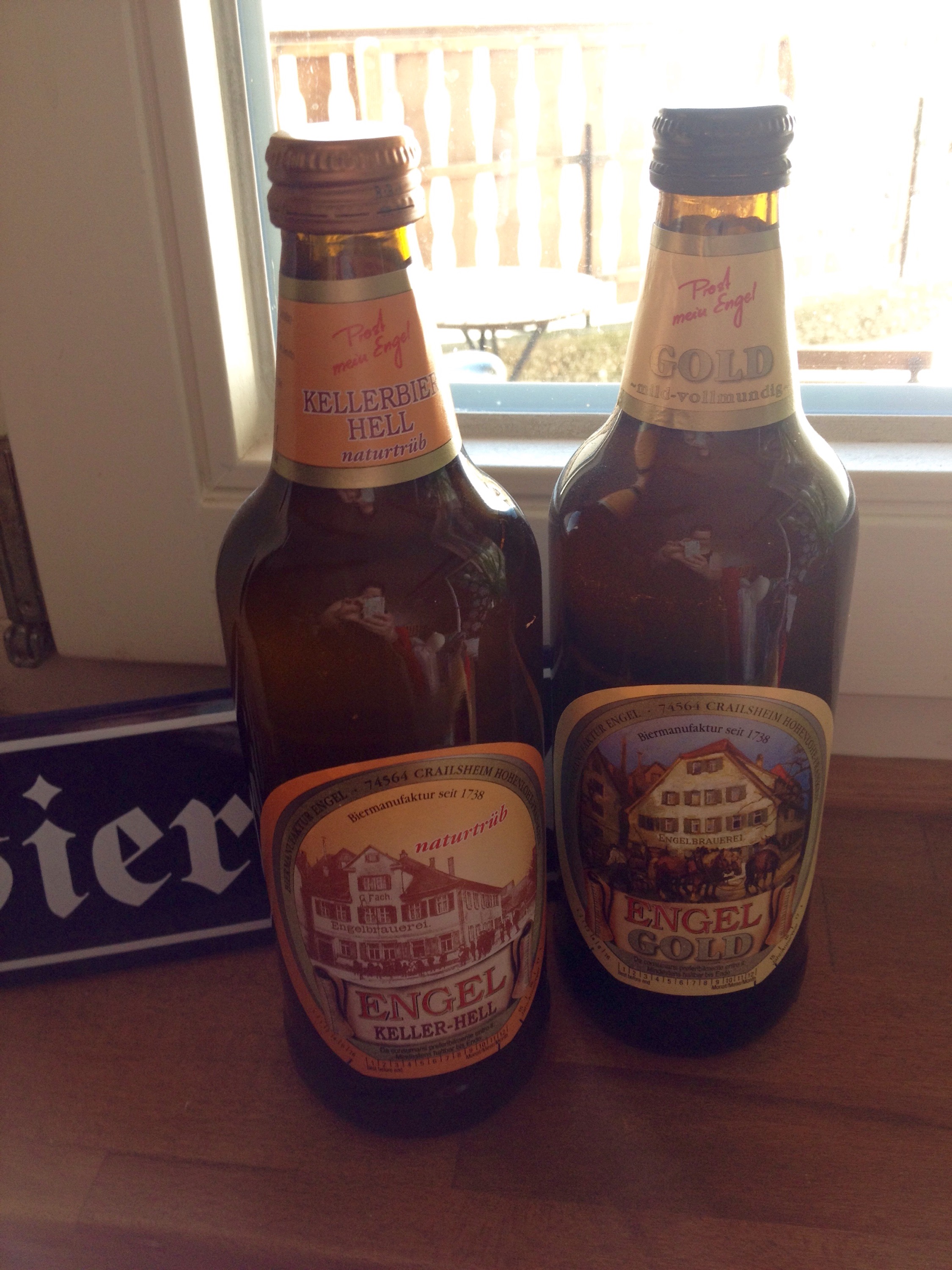 Light amber colour, slightly cloudy as its unfiltered, has a lovely dark caramel smell but does not taste sweet. Smooth velvety drink, definitely reminds me of a favourite Franconian Keller beer of mine. Will buy again!

Slightly darker than the Kellerbier, filtered so clearer too, clean crisp hoppy taste but with a more bitter after bite. A great tasty beer.

So glad I started with these two, both are fairly local and were even on tap at a Besen I visited at the weekend. The ultimate test? both MrC and I agreed that a mixed case of both would be something we would buy.

It works out at about 60cents per 0.5l bottle, so it’s not going to break the bank. Happy day of Beer!

And if anyone has any local recommendations to try, let me know!