This week we found a drink superstore. This is not your usual drinks market oh no this place is huge, and had (almost) everything you could want drinks wise.

Right by the front door is a big selection of modern German craft beers. Who knew there were so many? we were there for at least 20 minutes trying to choose and ended up with the three above. MrC only allowed himself to be pulled away on the understanding that we could come back and try some others next time. 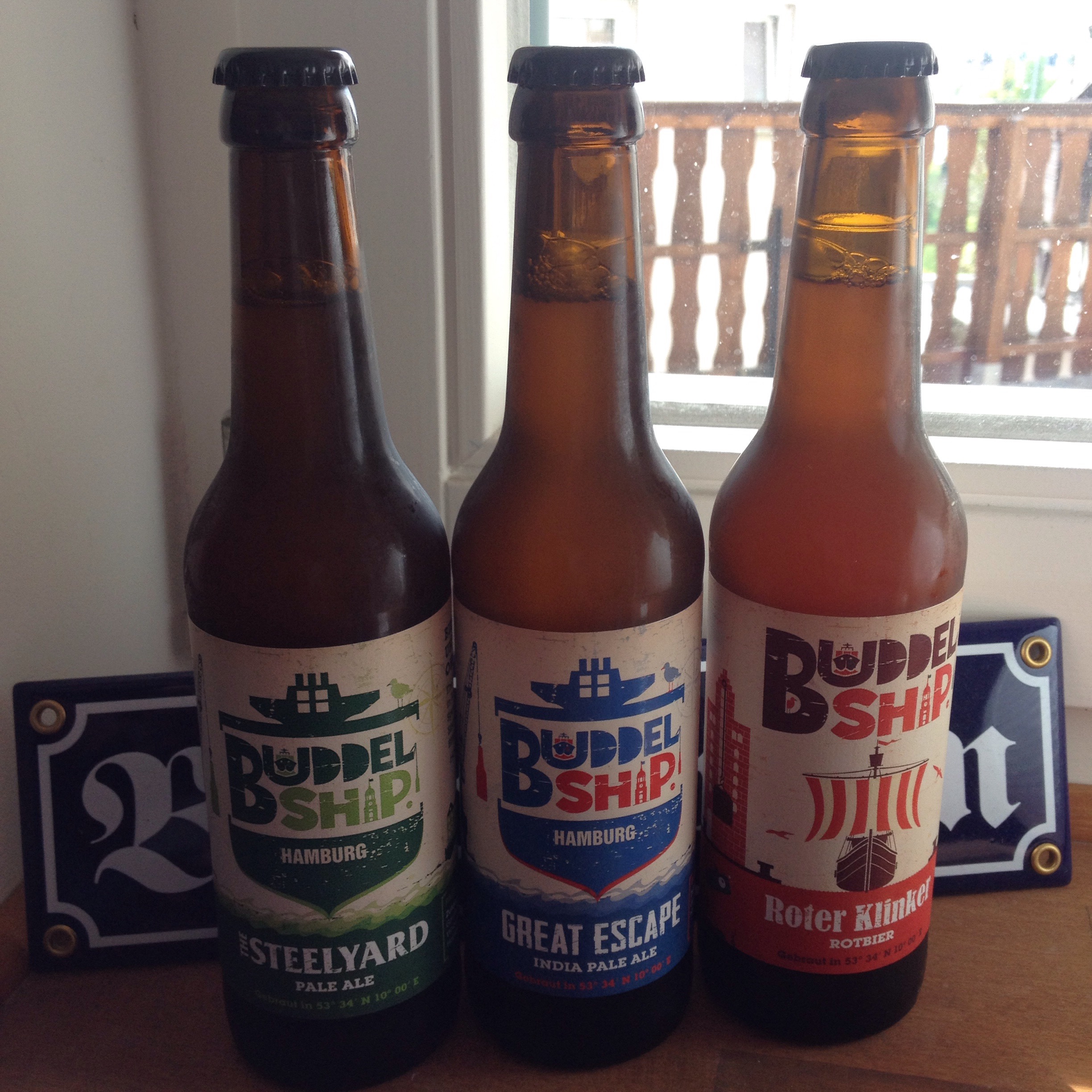 The Buddelship Brauerei is based in Hamburg which explains the maritime theme, all the beers are unfiltered and unpasteurised so don’t have a long shelf life but do maintain their nutrients and the taste of the unbottled beer. Their tagline is ‘Beer with Character – unfiltered and without compromise’. I was excited to try them all. 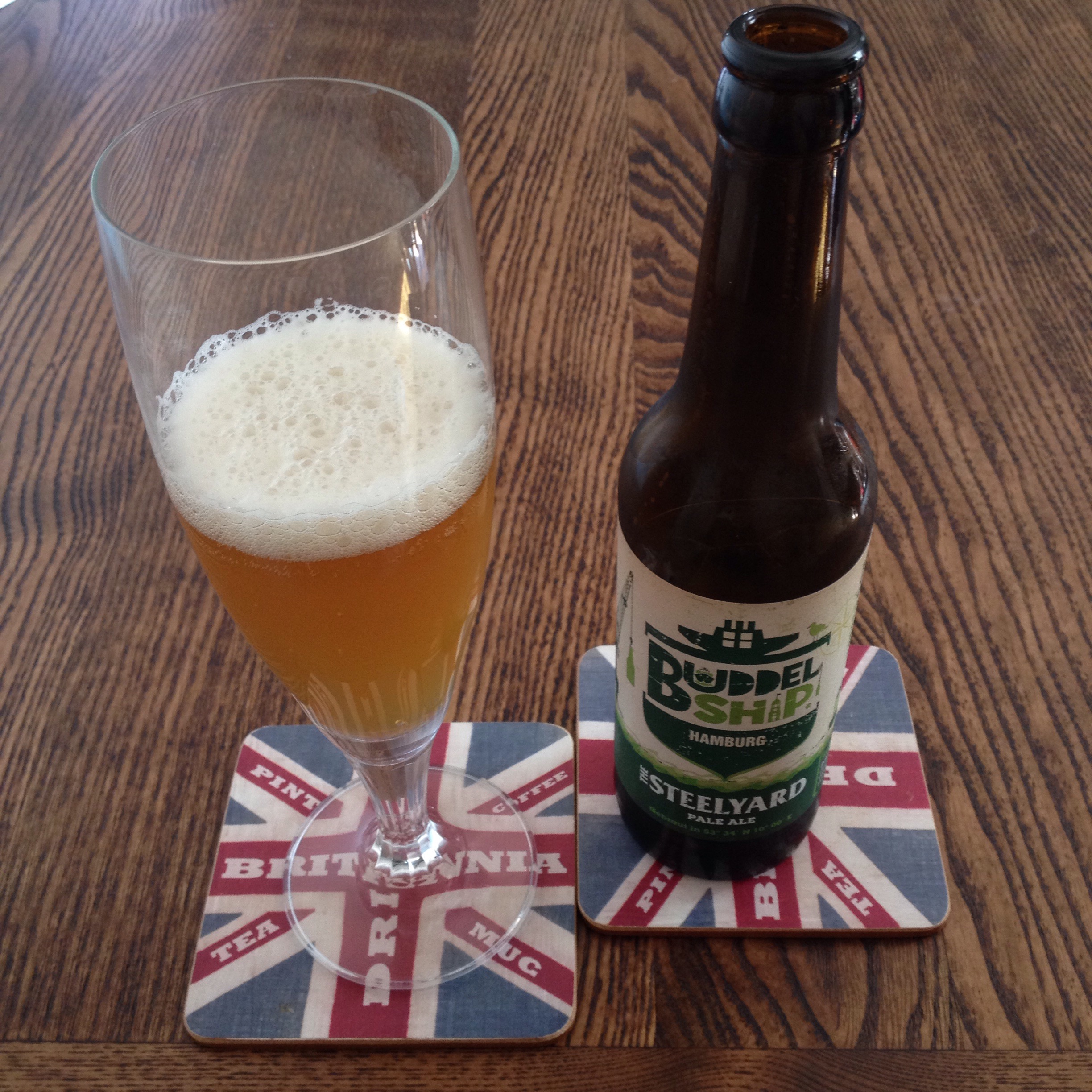 Steelyard – Pale Ale in the English style. The smell was a beautiful, lime and pineapples with caramel undertones and it was the lightest of the three in terms of colour. I found the aftertaste just too bitter, but MrC enjoyed it and he tasted the caramel biscuity flavours that I couldn’t. 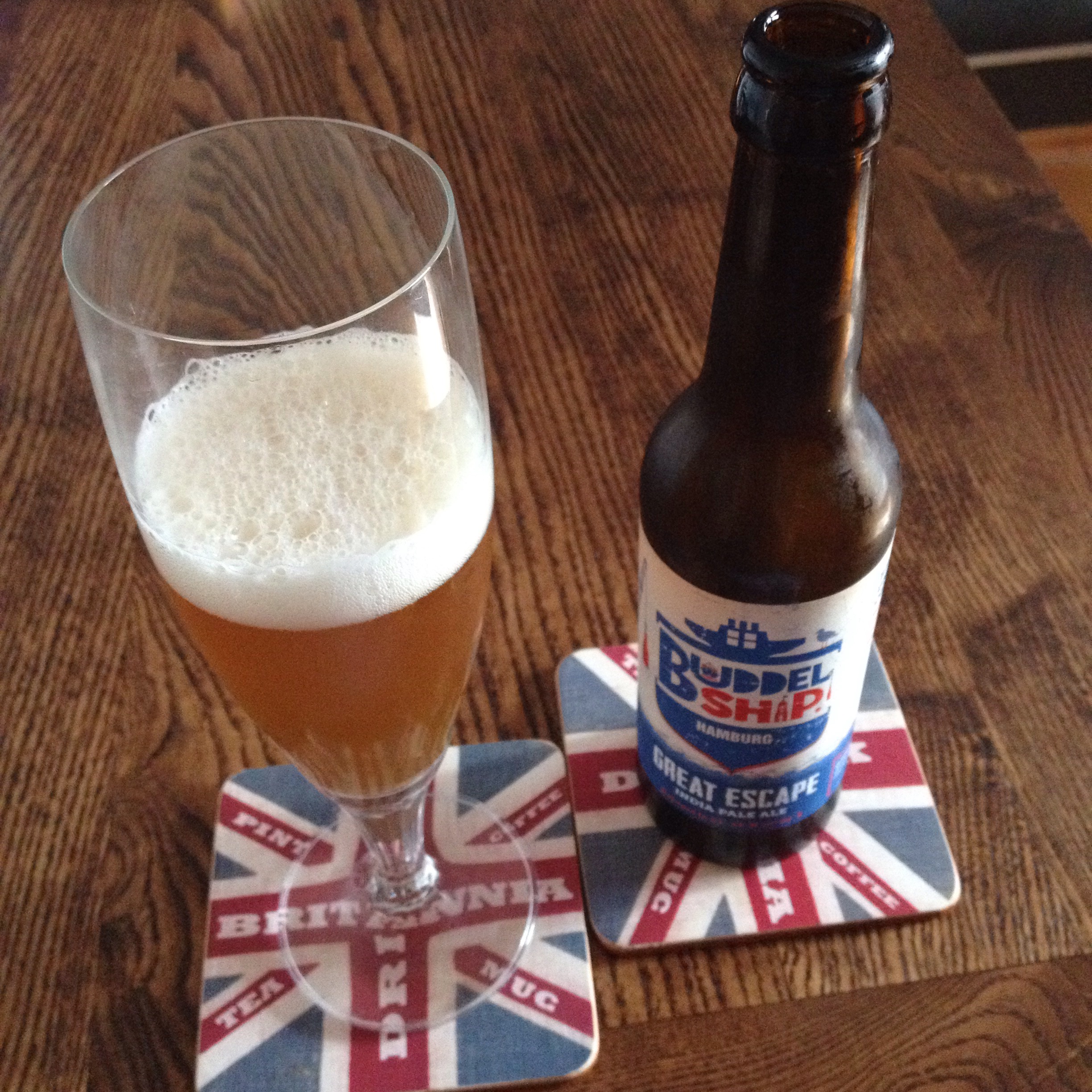 Great Escape – India Pale Ale. Brewed with British pale malt. Not as citrusy as the first but a very fresh smelling beer. I found it tasted less bitter than the Steelyard but the helpful guide of Bitter Units on the bottle said it was actually more bitter. Generally it had a well rounded taste and reminded both of us most of beers back in the UK.

Roter Klinker – Red beer. The darkest of the three, the caramel smells were very obvious with a lighter perfumed edge. Definitely the sweetest and thickest tasting of the three, it actually tasted like melted chocolate but still had a savoury aftertaste with a bitter bite.

I was really excited to stick a toe into the world of craft beers, whilst the beer in Bavaria was (mostly) awesome it could be a bit samey and boring (which is down to the beer brewing rules of yesteryear) so I’m glad that here I can get my hands on some different beers. Finding new favourites continues.

Can you recommend any beers I should try?