May brings with it one of my all time favourite programmes of the year, I’m officially outing myself as a lover of the kitchy, glittery, wonderful, so much bad it’s good-ness, what else could it be? but ‘The Eurovision Song Contest’. Now in my first few years in Germany I had a lot of American friends, who obviously had never heard of or experienced this wonder of Europe and were quite confused by, well, everything Eurovision. So this year in celebration of the 60th year of Eurovision I thought I’d do more than just tweet through the night and help get any Eurovision newbies out there as prepared as one can be for something as unique as this night. 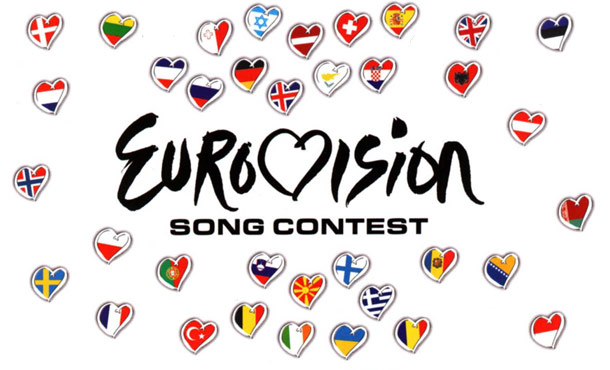 Eurovision is like Marmite, you either love it or you hate it, and those who claim not to have a feeling either way are not to be trusted, ever.

Started in 1956 Eurovision was created to rebuild a Europe after the war, and what doesn’t bring together a continent like light entertainment with a competitive touch? At the time a live show being broadcast in so many countries was massively ambitious and something that hadn’t been done before, and Switzerland had the honour of being the shows’ first host, I mean, you can’t get any more neutral than that can you?

The countries who complete in the competition has grown from an original seven acts to around forty today, fear not though, you won’t have to sit through all the songs that entered, in the semi finals which are held the week before the final will whittle down the number to around 20. To this though you have to add the ‘big five’ of France, Germany, Spain, Italy and the UK, these are the five biggest contributors to the European Broadcasting Union, and get a free pass to the final. As well as the host country, so if you did happen to miss Conchita Wurst last year she will be performing and reporting from the Green room on the night.

Australia also got a free pass to the final this year, it is their first (and possibly only) entry and is in line with the tagline for the event ‘building bridges’ and likely a nod to the massive cult following Eurovision has in Australia. In fact with more than 195 million people across the world watching it last year it’s actually one of the most watched non-sporting events in the world.

The show has running time of around 3 hours, including voting time, so make sure you have some snacks and drinks to hand. Look out for the interval act from the host country, though it probably won’t be as surprising as 1994’s Riverdance which went on to become a theatre show that toured the world. That was the year that everyone wanted to do Irish dancing and we all suffered twisted ankles and grazed knees from trying to imitate the curly haired women we saw on TV that night.

There are no rules as to what style of music you have to perform or what language you have to sing in. Since a song has to appeal to as many different cultures as possible there have been a lot of power ballads, euro pop (Obviously) as well as the more traditional songs. The 2006 win by Finnish band Lordi however was the polar opposite of a power ballad but in line with Eurovision tradition of having a wonderful ‘WTFness’ about it. If there’s one trend at Eurovision it’s WTF!

Will you be watching Eurovision this year? Look out for more Eurovision blogs soon!